I WANT MORE FOR MARY!

Mary Blair is one of the Disney company’s most unique and influential artists. A true visionary, her style was ahead of its time and her art gains fans exponentially as the years go by. In 1991 Mary was named a Disney Legend and her name is on a Main Street Window Honor in Walt Disney World’s Magic Kingdom. To me, it’s not enough. Why? Let me count the ways…

1) Yes, Mary Blair’s work can be seen in Walt Disney World but she should also be honored in Disneyland where her groundbreaking work for the first version of It’s a Small World can be seen. There are other people who have Main Street Window Honors in more than one park – Claude Coats for example.

3) The window in Magic Kingdom has several names on it and it’s difficult to see from the street. I think Mary Blair deserves her own window! In fact, her own building… 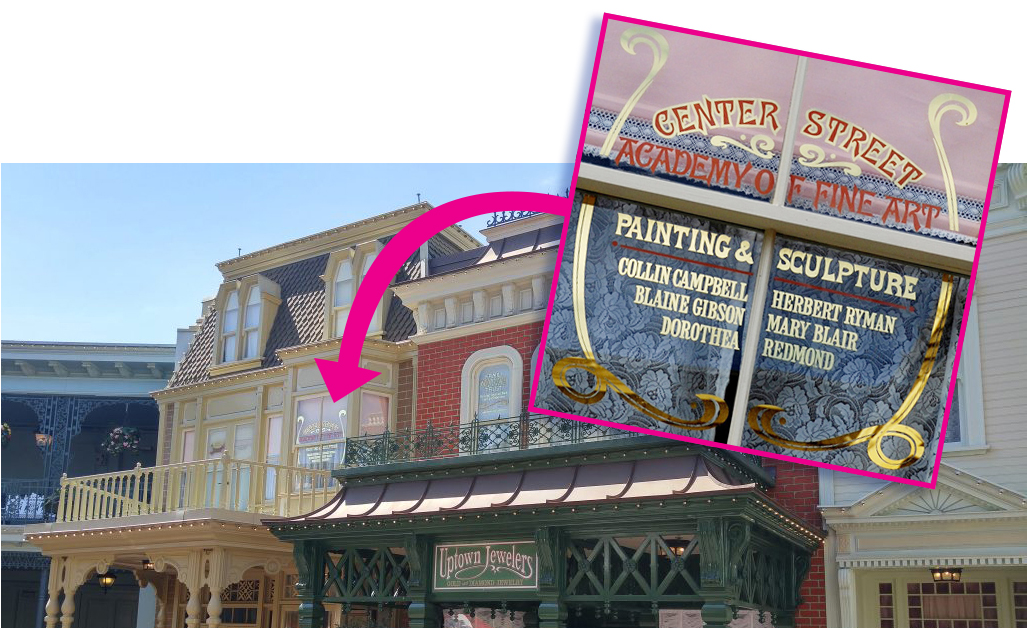 If you’ve strolled down Disneyland’s Main Street USA you may have noticed a building with the fake theme of Fargo’s Palm Parlor. This is in honor of Disney Legend Rolly Crump—whose middle name is Fargo. Right around the corner is the fake Meteor Cycle Co. bike shop, in honor of Disney Legend Bob Gurr. What I’d love to see is an entire building themed to honor Mary Blair!

Where Should This Tribute Be?

I think the former Main Street Cone Shop is the perfect spot! This adorable building used to have a walk-up window serving ice cream but it’s been closed for years. With it’s flower boxes, shutters and large picture window, this would be a darling place to set up a fake shop in honor of Mary. In true Main Street Window Honors fashion, there’s got to be a pun or two so my proposed name for the shop is…Merry Flair! 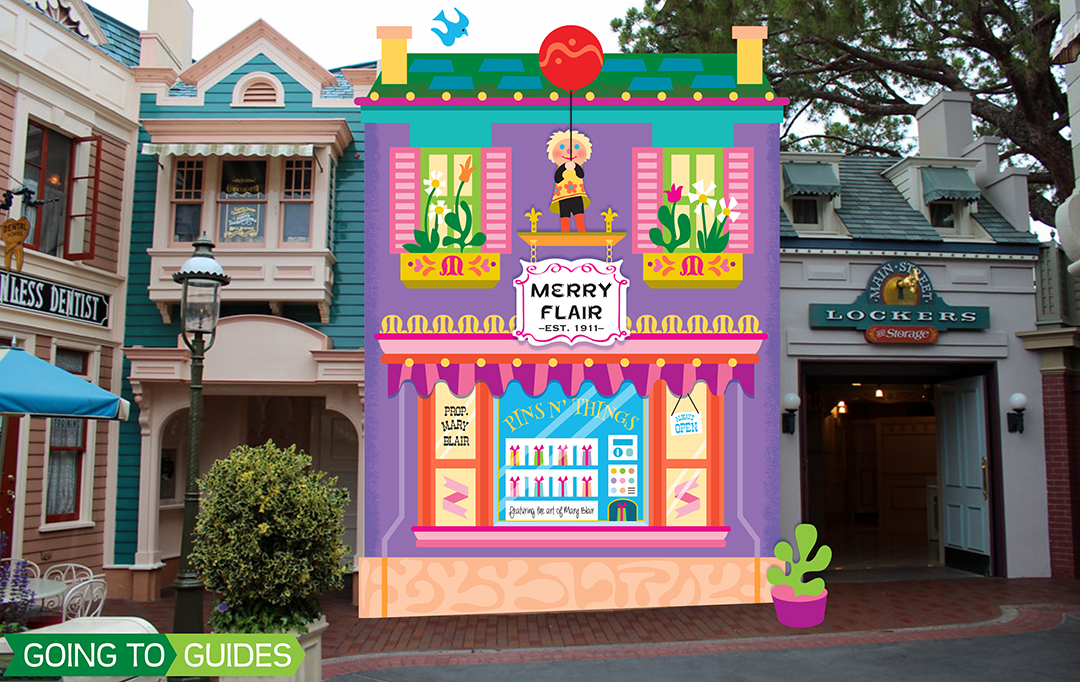 Taking It Even Further

Since it used to be an eatery, I’m guessing there’s a bit of room inside this building. My dream for the inside space is to have the former walk-up window be transformed into a sort of VENDING MACHINE (!!!) where Guests could actually purchase a variety of goodies made with Mary’s art like pins, buttons, patches and more(!!!). Would YOU shop at Merry Flair? 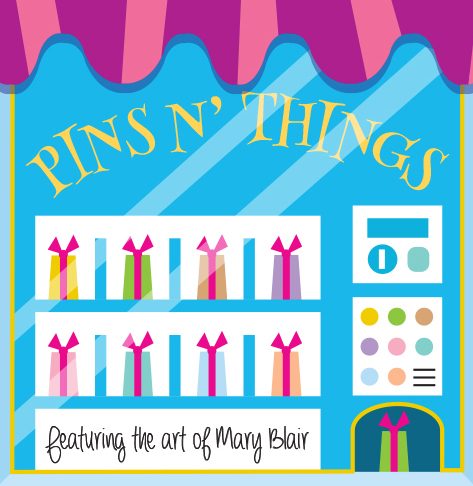 Do you want more for Mary too? I know the “entire-Mary-Blair-building-with-flair-vending-machine” may be a BIT of a stretch but I had a lot of fun daydreaming about it. Please sign my petition and maybe we can get enough signatures to get someone at Disney’s attention and get Mary Blair the Main Street Window Honor in Disneyland that she so deserves!

I used Change.org for the Petition because I know they are one of the most popular petition websites. When you sign the petition, they’ll ask for your name and email and a donation to help them, which you can skip. Next they’ll email you saying “Shannon still needs you, can you share the petition?” Please know you do NOT need to share or do anything else. I won’t send any updates on the petition through Change.org so feel free to unsubscribe from their emails if you like. If you want to be added to the GTG Email List, you can find that link at the bottom of this website.

Photos in this post are from All Ears, Character Central, Disney, Steps to Magic and Yesterland.