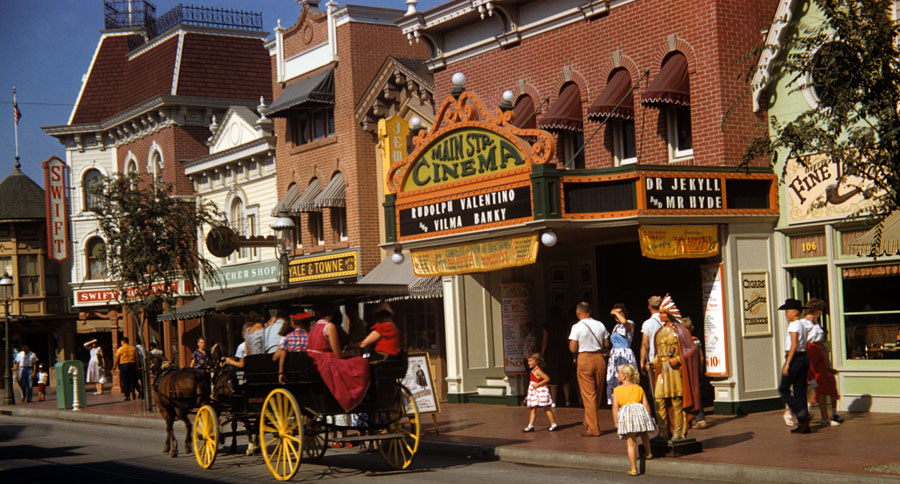 Grab some popcorn and a Coke and head to the Main Street Cinema! This small movie theater has a ticket booth out front where you’ll find a “Cast Member” named Tilly who hails from none other than Walt Disney’s old stomping grounds—Marceline, Missouri. Tilly is always dressed to the nines! It’s fun to see what she’s wearing and what’s decorating the walls inside her booth. Tilly’s a sweet gal but not too talkative. If you ask her what’s playing inside, you won’t get far. But luckily you have me! 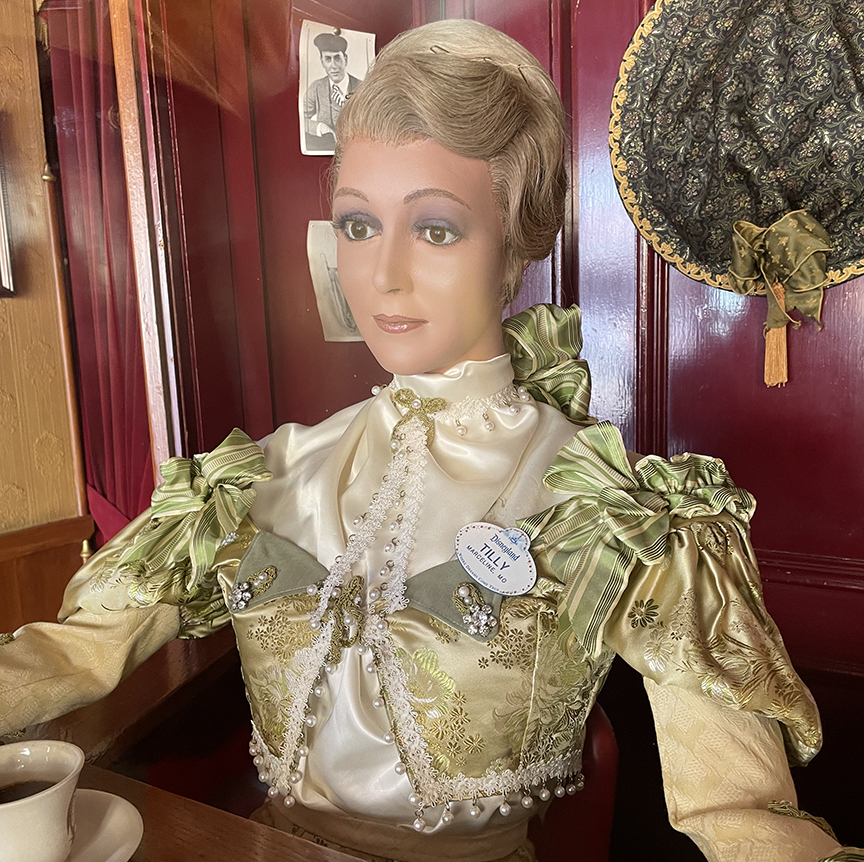 Today’s movie theaters have multiple screens inside separate rooms but at the Main Street Cinema there are six screens all in one room with six different movies playing all at once. The current movies are not what was originally featured at this Opening Day Attraction. At first there was a variety of early 1900s-era silent movies like “Gertie the Dinosaur,” “Shifting Sands” starring Gloria Swanson and “Phantom of the Opera.” The Phantom himself used to stand outside the theater to attract people to head inside to see his movie. 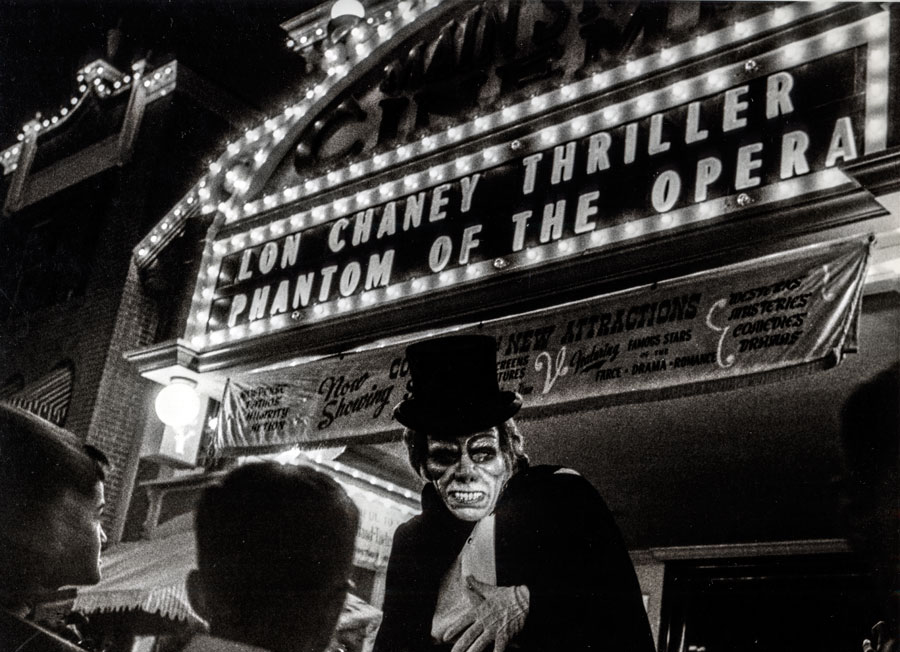 Want to see the Phantom in Disneyland today? Head over to the popcorn cart near Haunted Mansion and you’ll see the doll that turns the popcorn barrel looks just like him! NOTE: sometimes the Phantom takes a break around Halloween time to let Oogie Boogie have a turn. 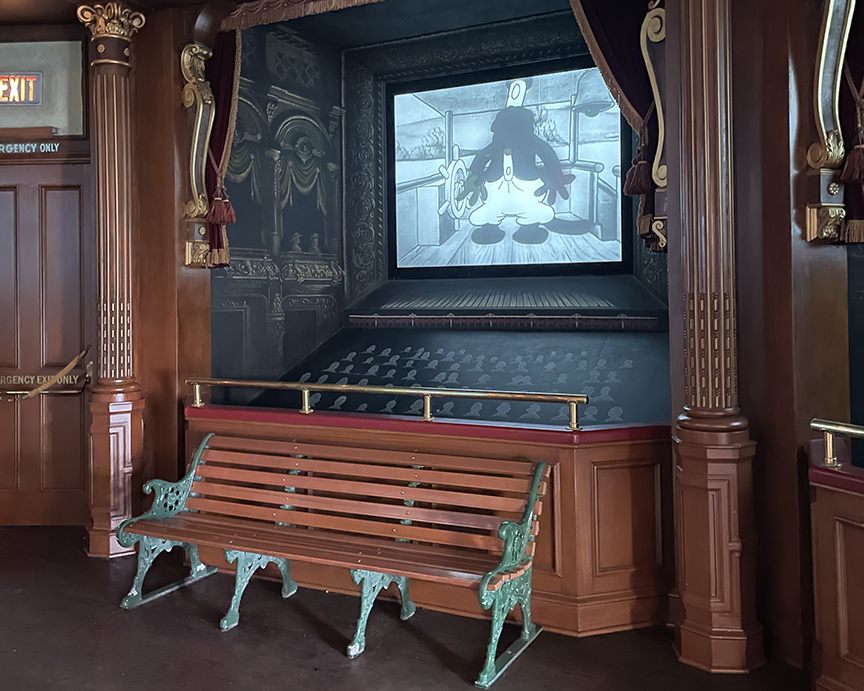 Around about the 1970s the old silent movies were replaced by black and white Mickey Mouse cartoons. These shorts originally played in a movie theater before a full-length feature film. Here are the 6 classic cartoons playing today…

Many people think this was Mickey’s first cartoon but actually it was the first with synchronized sound. Fans went wild for this new technology, turning Mickey and Minnie Mouse into the sensation they still are today. Also features Peg Leg Pete as the villain.

Mickey flies a plane to be like famous pilot Charles “Lindy” Lindbergh and invites Minnie along for the ride. This first cartoon was shown to a test audience in 1928 as a silent film but after the success of “Steamboat Willie” it was retooled to have sound as well. Also features Clarabelle the Cow.
👀 Psst! Notice that in the 2 shorts above Mickey isn’t wearing his signature white gloves. He first put them on to play piano in the 1929 cartoon “The Opry House” and has had them on ever since!

Mickey and Pluto go out hunting. This was the first time Pluto was seen as Mickey’s pet!

Mickey gets into all sorts of adventures driving a taxi—which has a personality of it’s own! Also features Minnie as a customer and Peg Leg Pete as a snake oil salesman.

Mickey and other Disney characters play polo against 1930s-era real life celebrities including Stan Laurel and Oliver Hardy, Harpo Marx, Charlie Chaplin and Western star Jack Holt. Many other famous faces can be spotted watching the polo match—how many can you recognize? 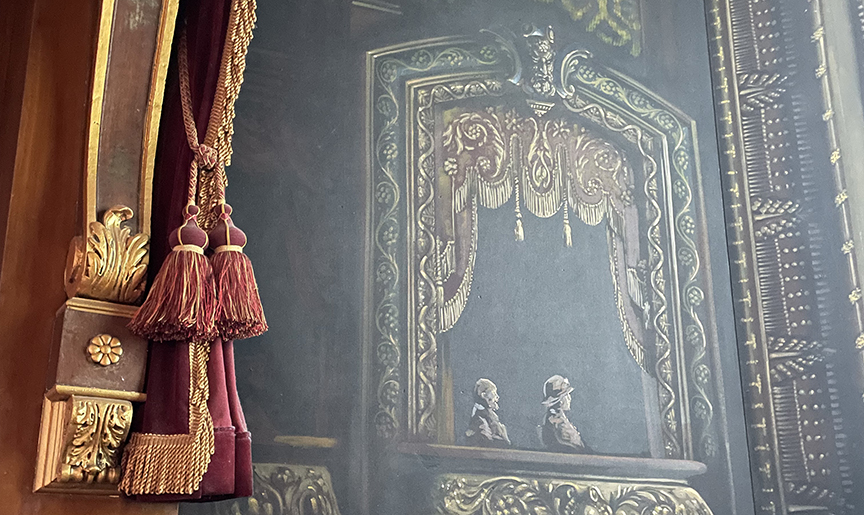 The lineup hasn’t changed at Main Street Cinema in years but if you want to double check what’s showing before you visit, pop by the Disneyland Resort website. Admission to this attraction is included with your entry to Disneyland and the movies are played continuously on a loop so you can stop by anytime to watch them. Each short is between 6 and 8 minutes long. Enjoy the show!

Vintage photos in this post are from the Collection of Dave DeCaro of Davelandweb.com. 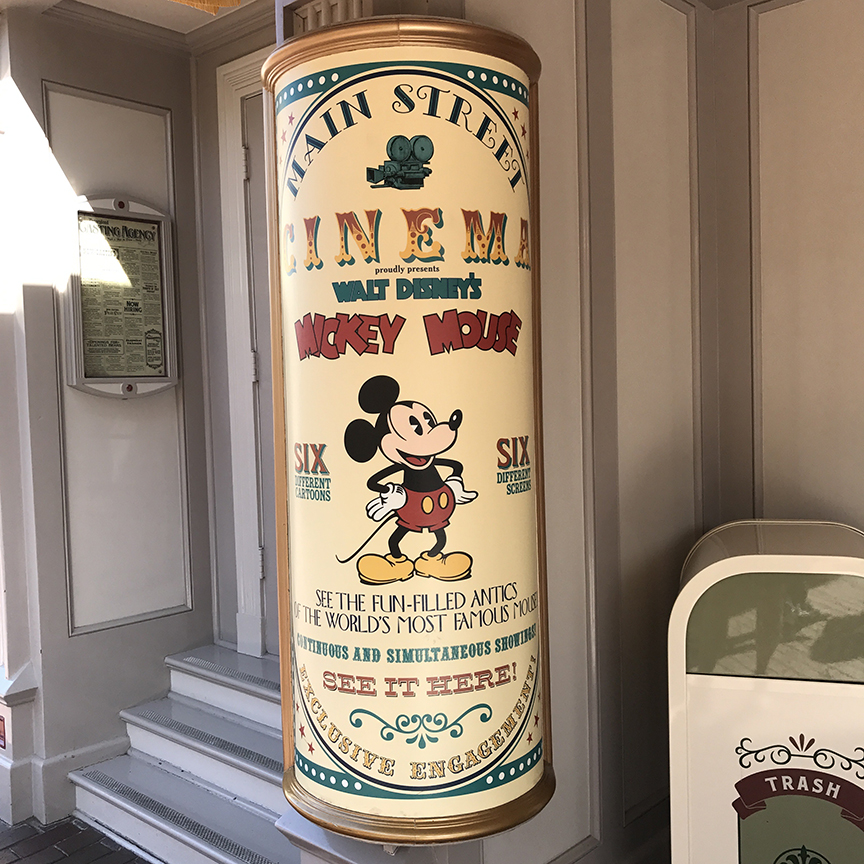