HOW I MET ROLLY CRUMP

It’s Disney Legend Rolly Crump’s 90th Birthday tomorrow: Feb. 27, 2020! If you follow me on Instagram you know that I’ve spent the last few weeks collecting mail from followers who wanted to join me in sending a card to this talented gent for his milestone birthday. The good news is, the EAGLE HAS LANDED. Rolly’s darling wife Marie reports that the package (filled with around 30 incredible cards that are 80% handmade, 20% store bought and 100% heartfelt and endearing) will be opened soon! THANK YOU again to all of you who helped me shower this Disney Legend with all the love and admiration he so deserves!

NOW, who wants to hear the story of how I met Rolly? OKAY, YAY! 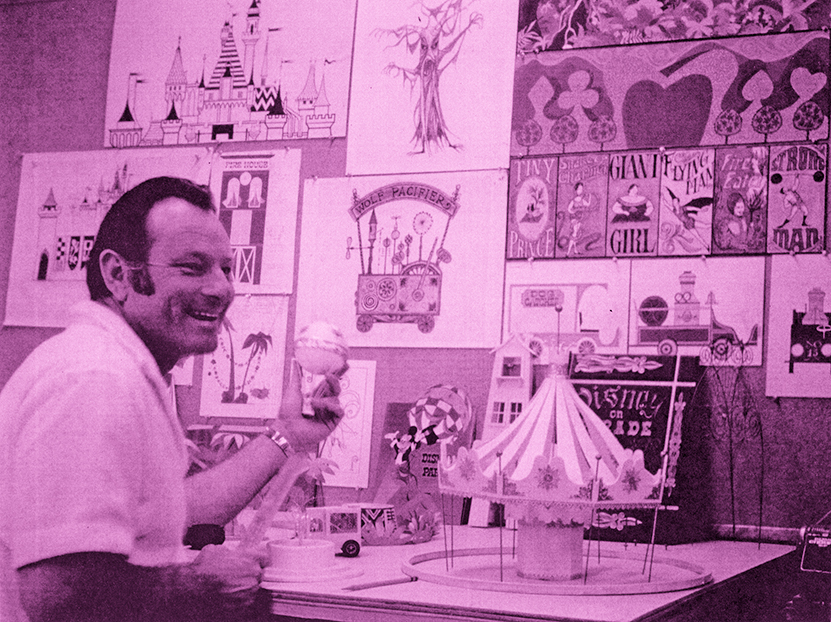 I had been working on a book about Disneyland in my spare time for 7 years on and off (before I had a publisher or anything). I happened to run across Rolly’s AMAZING book “It’s Kind of a Cute Story” on Amazon and bought it on a whim. I was so inspired by Rolly and his career so I added an “Imagineer Close-Up” sidebar about him to my book. I realized the ULTIMATE thing would be if I could show off his art in the sidebar so, I sent him a very doodle-y letter. Well, friends, he wrote me back. I just about died when I went to my mailbox and saw he had written me. 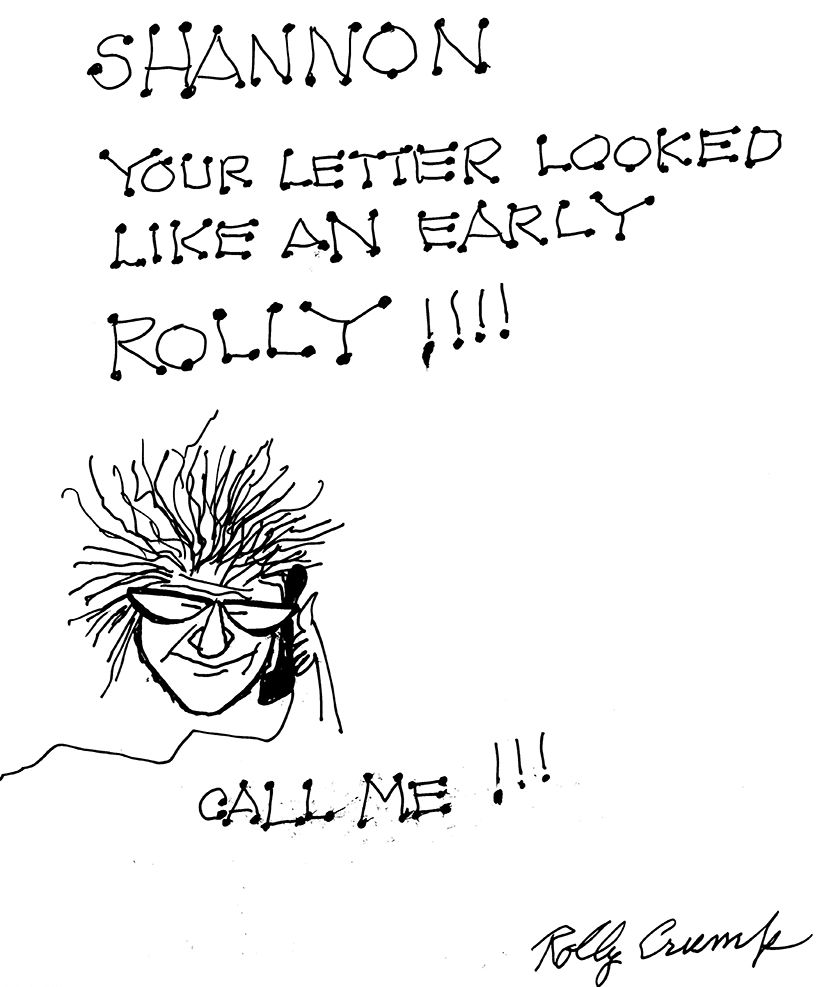 He agreed to help out!

After we played phone tag for a bit he called me back while I was on the loudest beach in the world. I was STRAINING to hear him as he regaled me with tales of what it was like to work with Walt! Rolly said he’d be happy to provide images of his art for the book AND look over the sidebar and all that good stuff. On the letter he had written me he had drawn a doodle of himself with his hair flying. I told him I loved it and asked him if I could show it in the book. He told me he could do something better than that doodle. I was thrilled!

Shortly after all this, a comic book store in LA called Creature Features was having an Art Show celebrating Rolly and he was going to be there signing autographs. I DRAGGED my teenage son Ed with me to drive down from our home in the SF Bay area to the event so I could pick up the self-portrait Rolly was making for my book—and meet him in person! We arrived and got in the loooong line of smart people waiting to meet Rolly who was sitting at the signing table with his wife Marie by his side. When it was our turn I introduced myself and Marie said to him “It’s Shannon! Shannon Laskey!” Rolly’s face lit up and he started looking for the drawing to give me which said “Love your work, Rolly" along the bottom. 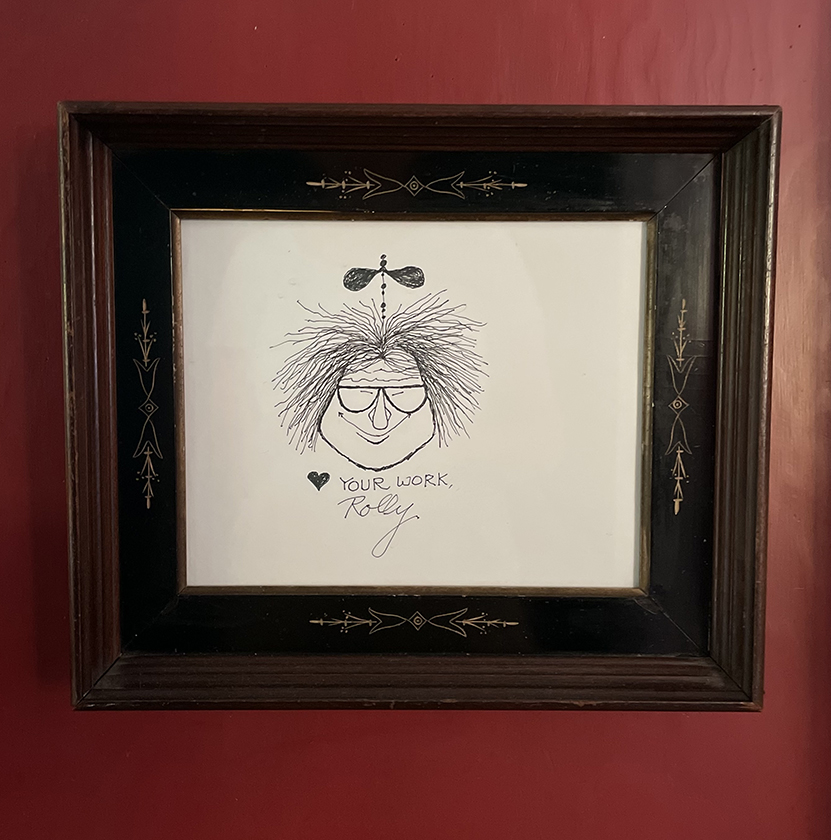 I thanked him profusely as the other people waiting to get his autograph looked at me like “Why does she get THAT?” I was pretty thrilled and flustered and was saying goodbye and walking away when my son said “Mom, didn’t you want your photo with Rolly?”
THANK GOD I HAD THIS CHILD! 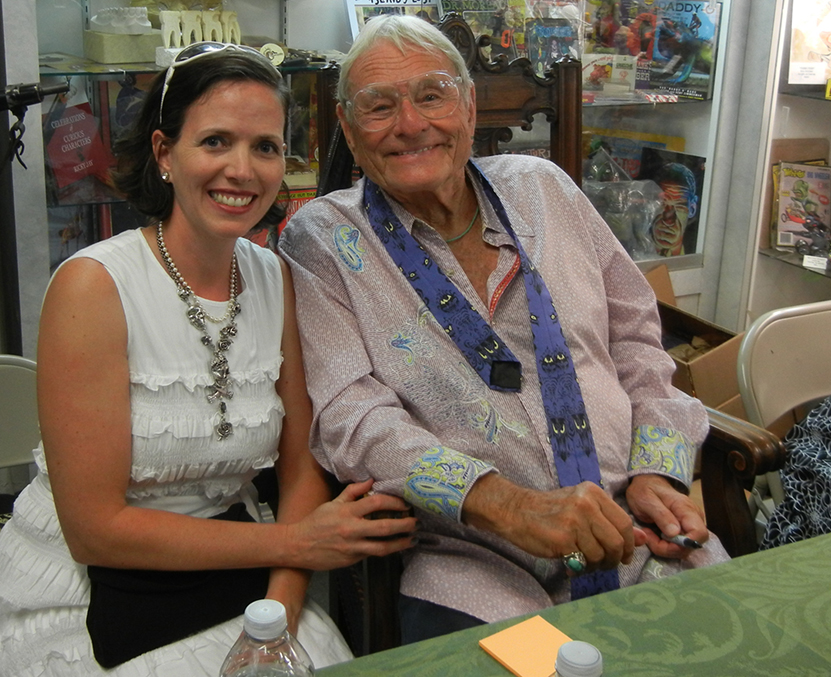 Later as my book got closer to being done it was Rolly and Marie who put me in touch with my publisher which led to my first book being released by the fabulous Orchard Hill Press—and my second and third books too. All because I happened to see a kind of a cute book that caught my eye on Amazon one day!

A Sampling of the cards sent For Rolly's 90th birthday: 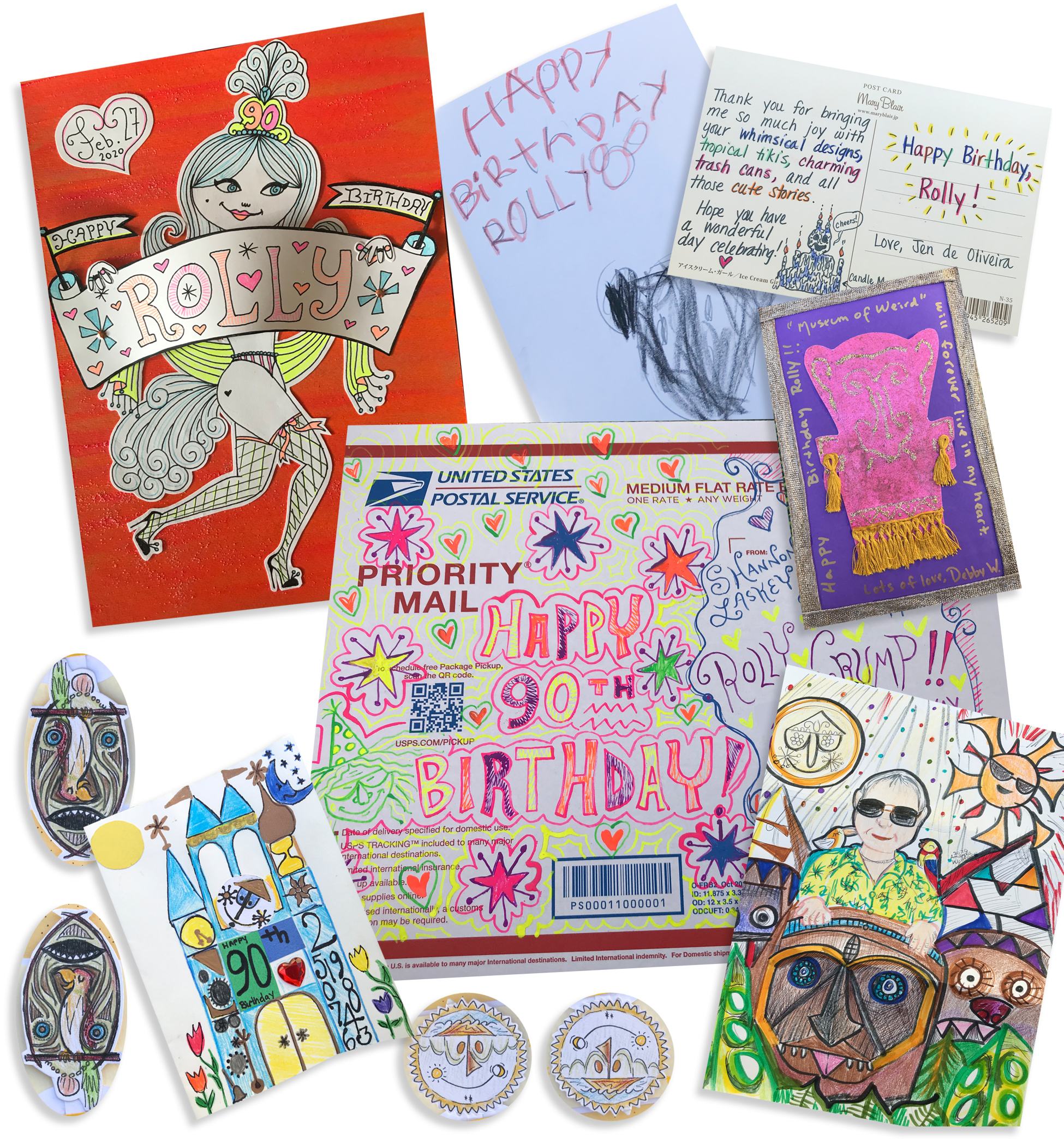 The moral of the story

Now we’re at the end of my long tale which I hope you enjoyed! The moral of the story is—actually I can think of a few:
• Read books that inspire you!
• Write fan letters!
And…
• It never hurts to ask!