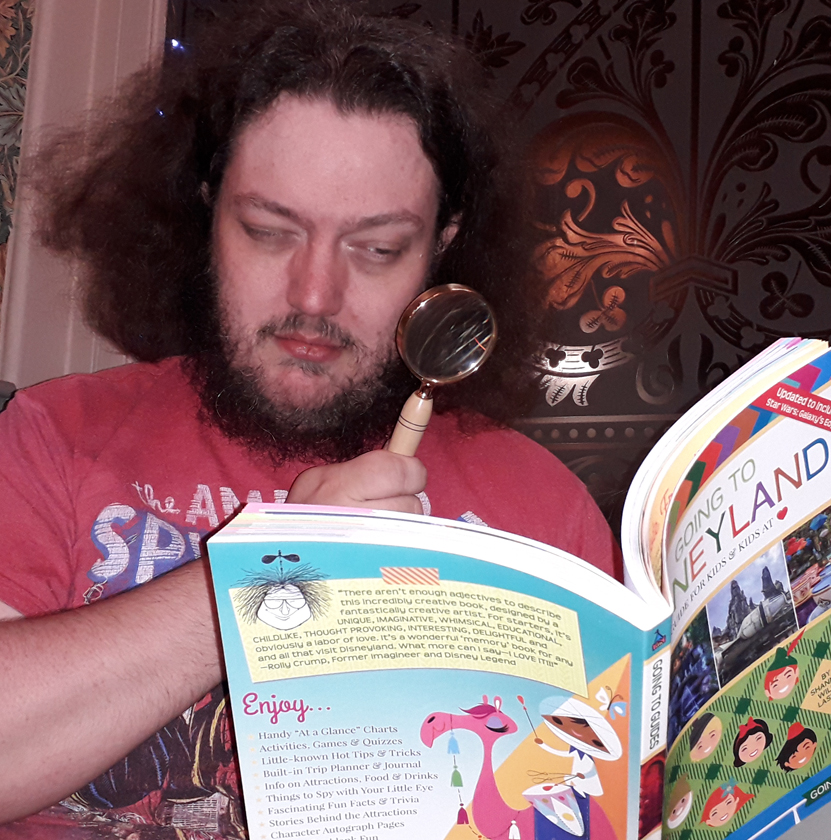 The good folks at Orchard Hill Press had worked with Hugh Allison before and recommended his editing capabilities to author Shannon Laskey for the first Going To Guide and he’s worked on every book since. His contributions are listed in the books like so:
“Edited, proofread, factchecked, fine-tooth combed and contributed to by Hugh Allison”

Hugh is from and currently resides in the UK but since he’s a night owl and Shannon is a morning person, they’re able to work together pretty well considering the time difference. A former Disneyland Paris Cast Member, Hugh has an extensive knowledge of many facets of the Disney company including Disney Parks across the globe.

Hugh has edited and factchecked dozens of Disney-themed independent books including titles by Rolly Crump and Jeff Blyth. In addition to being a freelance Editor, Hugh creates and runs pub trivia quizzes and has directed, written and acted in multiple live plays and movies.

To hire Hugh for your project, email him here and tell him Shannon at Going To Guides sent you!

RETURN TO THE TEAM PAGE